It's been said that "the days pass slow and the years fly by," and I suppose that's as true in breeding snakes as it is in any other aspect of life. Before you know it a decade has passed, and looking back gives so much perspective on how far you've come. As the last clutch of the 2018 season makes its way into the world it's a worthwhile time for reflection, considering these babies became a possibility 10 years ago this summer.

The TBC Raspberry project has been one dear to my heart, and its roots go back to the days before the TBC prefix when I still lived in New England.  In late 2005 I acquired a fantastic wild-caught female blood python.  She was raspberry red with a reduced black and yellow pattern, and had a temper to match her color.  She was an utterly irascible snake, one that allowed an extremely limited amount of handling and no mucking about at it.  You had about 20 seconds to move her into a holding tub, clean her enclosure, ensure all was well, and maybe another 20 seconds to move her back before she boiled over.  Of course my goal was to eventually breed her, so minimizing stress was always my number one concern (besides potentially reproducing her temperament).

Early breeding attempts were for naught, and after two years I wasn't sure if she would ever settle down enough to successfully reproduce in captivity.  She

was paired with a very handsome, calm, tractable male in late 2007/early 2008 that ultimately resulted in a very nice clutch of babies.  Many of these offspring were retained, the most promising of which were showing very intense color as early as 8 months of age.  The goal became to utilize the best of these animals to fix and establish the bold red color and reduced patterns within the line, thus they were raised up over the next three years.  By that time Ryan and I had combined our collections (and every other aspect of our lives), and the real work with these snakes began.

We don't power-feed our snakes, and actually have a tendency to grow them fairly conservatively, giving them plenty of time to mature and body up prior to their first breeding season.  As such the first linebred TBC Raspberry clutch made its debut in 2013.  Out of that clutch

there was a single male, and he stuck out like a sore thumb amongst his female siblings.  He was affectionately named TBC Double Down (TBC Fire Hazard x TBC Don'tCha).  To this day he is one of the reddest snakes in our collection (if not the reddest), and watching him grow and mature into a spectacular, richly colored animal has been nothing but a thrill.  His photo graces the front page of our website, and he's pretty much the embodiment of what I had - initially - hoped to achieve with this bloodline.

Since that time we've done additional linebreedings and outcrosses with the TBC Raspberry animals, resulting in snakes like TBC Million Dollar Baby (linebred PE Stripe x TBC Raspberry - TBC All That x TBC Don'tCha), and TBC Girl On Fire (linebred TBC Raspberry, TBC Fire Hazard x TBC Ladybird).   As good as this project has been to us, it's not all hatching glorious red snakes.  Eggs go bad, females don't produce in a particular season, sometimes snakes die for what seems to be no apparent reason, and

such setbacks can really take the wind out of your sails when you have high hopes for specific pairings.  The flip side of that, of course, is that when things go well they go extremely well and propel us to even higher levels of color and pattern refinement to further build upon someday.

So here I sit, 10 years after that fateful clutch that kicked off the TBC Raspberry line.  TBC Double Down sired his first offspring for us this season, outcrossed to a lovely linebred Marter female named Fancy.  The resulting hatchlings from this clutch are a mere few days old & already colorful beyond my wildest dreams (and let me tell you, those can get pretty crazy!) As with anything we try to take it all in stride - three of the offspring from this clutch did not survive, but fortunately the rest seem to be strong, healthy, robust babies with big futures ahead of them.  I can't wait to see where the next 10 years will find us with these snakes and their descendants someday. 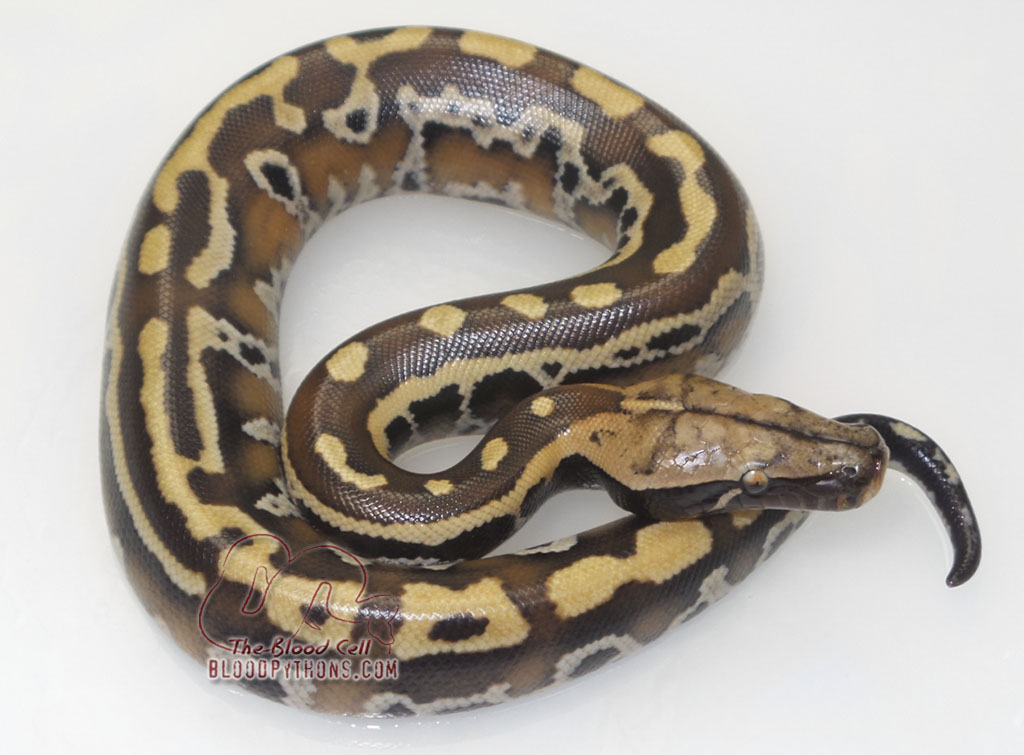 This was a great read. Thank you for sharing!

0 Cancel Reply
This was a great read. Thank you for sharing!
Cancel Update Comment